Known for millennia Fo Ti is one of the main plants in Traditional Chinese Medicine used as yin tonic and anti-aging herb. Fo Ti is a twisted, unpretentious vine-like plant with a very wide distribution in Asia, grown semi-cultivated. The legend tells the story of Mr. He, who, thanks to the decoction of the roots of Fo Thi, lived to a very old age (up to about 160 years) with a lot of hair and no white hair on his head. The Chinese name for the herb is He Shou Wu – literally means “Black haired Mr. He “!

Fo Ti is extremely rich in zinc. Zinc is fundamental for the formation of keratin. Zinc suppresses the enzyme responsible for hair loss, and its action is amplified many times by the presence of vitamin B6. The Fo Ti plant extract is extracted from the roots of the Polygonum Multiflorum (also known as Fallopia), following a traditional Chinese recipe after soaking and boiling the roots in a decoction of black beans. 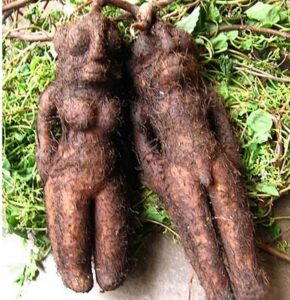 An interesting fact is the form of the roots of the adult Fo Ti plant – these roots look like very well formed male and female figure! Fo Ti always grows in pairs – male and female plant.

Fo Ti also contains stilbene glycosides – they are another very powerful antioxidants. These combined with the increased production of superoxide dismutase makes the Fo-Ti root better than any antioxidant supplement on the market, plus it’s more absorbable since it’s a whole food. The increased production of SOD in the body along with the various stilbene glycosides is likely the most significant anti-oxidant function the Fo-Ti root has.

Dryed  Fo Ti root prepared by following a traditional Chinese recipe after soaking and boiling the roots in a decoction of black beans. 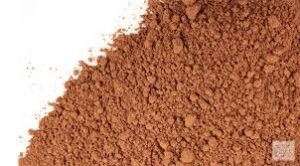 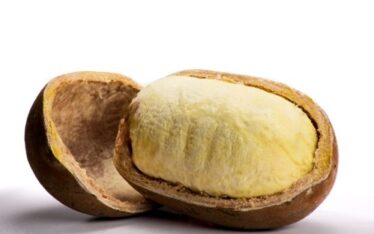 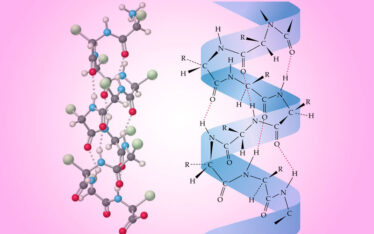 Keratin and its role for healthy and beautiful hair
The human hair is mainly made of keratin. Keratin is a fibrous protein and is a basic, indispensable building block of hair. The formation of keratin requires the regular intake...
14 Likes

The life cycle of the hair
The human hair passes through three phases in its growth: - Anagen  - or still known as the growth phase. This period lasts between 3 and 8 years, and with...
20 Likes
Този сайт използва "бисквитки", за да работи оптимално за вас. Настройки на "бисквитките"ПРИЕМАМ
Поверителност & Политика на бисквитките

This website uses cookies to improve your experience while you navigate through the website. Out of these cookies, the cookies that are categorized as necessary are stored on your browser as they are essential for the working of basic functionalities of the website. We also use third-party cookies that help us analyze and understand how you use this website. These cookies will be stored in your browser only with your consent. You also have the option to opt-out of these cookies. But opting out of some of these cookies may have an effect on your browsing experience.
Necessary Always Enabled
Necessary cookies are absolutely essential for the website to function properly. This category only includes cookies that ensures basic functionalities and security features of the website. These cookies do not store any personal information.
Non-necessary
Any cookies that may not be particularly necessary for the website to function and is used specifically to collect user personal data via analytics, ads, other embedded contents are termed as non-necessary cookies. It is mandatory to procure user consent prior to running these cookies on your website.
SAVE & ACCEPT